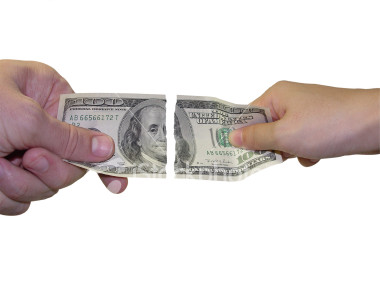 Division of Marital Property in a South Carolina Divorce

The court’s discretion extends to a ruling awarding the wife a little less than half of the husband’s estate, considering evidence that the husband had engaged in misconduct. It also extends to a decision to give the wife virtually all the marital estate, in view of the short length of the marriage (3 ½ years), evidence that the wife had contributed the property, and evidence that the husband had abused her. It does not extend, however, to an award of about 30 percent of the marital estate to the wife, given her status as a homemaker during most of a lengthy marriage, given that the marital residence was built on land she inherited, and given that significant funds invested in the marital residence came from the sale of other land she had inherited.

However, misconduct probably matters less than most people expect it does. Remember that the facts that seem so shocking to you may not be shocking at all to the judge, because he or she has already heard about this sort of thing several times this week.

What effect does the length of the marriage have on marital property division?

Generally, property division involving a short-term marriage is relatively straightforward. When few or no joint assets have been accumulated, the tendency is to "unwind" the marriage. This means giving back to the husband and wife what each of them brought to the marriage, both assets and debts, and dividing up in some fair way the assets and debts the parties Giving back to, that is, to return the parties to the financial position in which they arrived at the marriage. The more the parties have "co-mingled" their assets, however, the more difficult this "unwinding" may become.

In distributing property after a longer term marriage, the judge's tendency will typically be to begin with something like a 50/50 division of the marital estate. They'll depart from that 50/50 standard, though, sometimes fairly dramatically, depending on their judgment about what is equitable under the circumstances.

Is there such a thing as separate property?

Generally, separate property acquired before the marriage or by gift or inheritance during the marriage may be excluded from the marital estate if neither the property nor its income has been used for the common benefit of the parties during their marriage.

So where a wife exercises exclusive dominion and control over property and excludes the husband from any role with it, and where the husband derived no benefit from the property by virtue of the marital relationship, the property is considered the wife’s separate estate. However, where the parties regularly use property acquired before marriage for the common benefit of the parties, it is available for consideration in dividing property. One exception to the gift exclusion is gifts from one spouse to the other. In South Carolina any gifts from one spouse to the other is considered marital property. Usually this takes the form of jewelry.

Any special rules for the marital home?

It is in dealing with the marital home that courts often fall back on the principle that they are to devise an equitable distribution, not necessary an equal one. Courts can get creative in dealing with the family home. For example, the wife may be awarded the "use and possession" of the home for a period of time, or for her life. Or she may be given the right to stay in the home until she remarries or until all the children reached the age of majority, whichever happens first.

Marital property includes all real and personal property the parties acquired during the marriage and owned as of the date of filing or commencement of marital litigation. S.C. Code Ann. § 20-3-630(A) (Supp. 2009). "The doctrine of equitable distribution is based on a recognition that marriage is, among other things, an economic partnership." Mallett v. Mallett, 323 S.C. 141, 150, 473 S.E.2d 804, 810 (Ct. App. 1996). "Upon dissolution of the marriage, property acquired during the marriage should be divided and distributed in a manner which fairly reflects each spouse's contribution to its acquisition, regardless of which spouse holds legal title." Id. The ultimate goal of apportionment is to divide the marital estate, as a whole, in a manner that fairly reflects each spouse's contribution to the economic partnership and also the effect on each of the parties of ending that partnership. Johnson, 296 S.C. at 298, 372 S.E.2d at 112.

In making an equitable apportionment of marital property, the family court must give weight in such proportion as it finds appropriate to all of the following factors:
(1) the duration of the marriage along with the ages of the parties at the time of the marriage and at the time of the divorce;
(2) marital misconduct or fault of either or both parties, if the misconduct affects or has affected the economic circumstances of the parties or contributed to the breakup of the marriage;
(3) the value of the marital property and the contribution of each spouse to the acquisition, preservation, depreciation, or appreciation in value of the marital property, including the contribution of the spouse as homemaker;
(4) the income of each spouse, the earning potential of each spouse, and the opportunity for future acquisition of capital assets;
(5) the health, both physical and emotional, of each spouse;
(6) either spouse's need for additional training or education in order to achieve that spouse's income potential;
(7) the non marital property of each spouse;
(8) the existence or nonexistence of vested retirement benefits for each or either spouse;
(9) whether separate maintenance or alimony has been awarded;
(10) the desirability of awarding the family home as part of equitable distribution or the right to live therein for reasonable periods to the spouse having custody of any children;
(11) the tax consequences to each or either party as a result of equitable apportionment;
(12) the existence and extent of any prior support obligations;
(13) liens and any other encumbrances upon the marital property and any other existing debts;
(14) child custody arrangements and obligations at the time of the entry of the order; and
(15) such other relevant factors as the trial court shall expressly enumerate in its order. S.C. Code § 20-3-620(B) (Supp. 2009).
These criteria are intended to guide the family court in exercising its discretion over apportionment of marital property. Johnson, 296 S.C. at 297, 372 S.E.2d at 112. The family court has the discretion to decide what weight to assign various factors. Greene v. Greene, 351 S.C. 329, 340, 569 S.E.2d 393, 399 (Ct. App. 2002). The factors are only equities to be considered in reaching a fair distribution of marital property. Johnson, 296 S.C. at 297-98, 372 S.E.2d at 112.

Active and passive distinction for appreciation and depreciation

Pensions and retirement benefits earned during the marriage are marital property and subject to an equitable division in a divorce. Usually this is fairly straightforward division unless it is a military pension which is discussed below. If it is a division of a regular retirement plan, a separate court order called a qualified domestic relations order or QDRO is required to be drafted and approved by the judge and the plan administrator. Click on the link below for a full discussion on QDRO's.

QDRO in a Divorce

Special rules apply to military pensions and the exact wording can make a huge difference. If you or your spouse is a military member, you need to be sure to retain a South Carolina divorce attorney to protect your rights.

Tirado v. Tirado, 530 S.E.2d 128 (Ct. App. 2000. Is the wife entitled to reimbursement from the husband for the reduction in her monthly Defense Finance and Accounting Service (DFAS) checks due to his postdivorce waiver of retirement pay in favor of increased disability benefits?

One thing that many people overlook after a divorce is the necessity to change their estate plan. Failure to do so can subject your estate to a lawsuit from your ex spouse. Please see our article on preparing your estate plan.

Financial and Estate Planning After a Divorce

For a Divorce attorney in Greenville, Anderson, Laurens, Spartanburg or Pickens County call

NOTICE !!! ONLY AN ATTORNEY LICENSED IN YOUR STATE CAN PROVIDE YOU WITH LEGAL ADVICE

This may be considered AN ADVERTISEMENT or Advertising Material under the Rules of Professional Conduct governing South Carolina lawyers. Under no circumstance will South Carolina Divorce be held liable for any loss or damage caused by a visitor's reliance on information obtained through this web site or any other communication from us. It is the responsibility of each individual visitor to evaluate the accuracy, completeness or usefulness of any information, opinion, advice or other content. This site is intended to provide you only with general information. However, there is no guarantee that this information is comprehensive or accurate. South Carolina Divorce does NOT provide legal, financial, or tax advice. Please consult a professional in these areas. Only an attorney licensed in your state can provide you with legal advice. Links and Ads to third party sites are here for the convenience of site visitors only. The content of any third party site which visit via a link from this site is solely the responsibility of the provider of that web site.

FREE STANDARD WILL, LIVING WILL AND POWER OF ATTORNEY WITH MEMBERSHIP

Get Access to a Team of Attorneys in Your State

Family Plan Covers You, Your Spouse and Minor Children